What are Skins in Video Games?

Skins are virtual items that can be used in video games to decorate weapons or characters. Skins sometimes give the player an advantage but most skins are just cosmetic to customize the look of a character – for example new clothes or new weapons. A gamer either earns skins as rewards when they reach new levels, or they can buy skins in the game.

The popularity of skins took off after CS:GO was launched in 2012 by game maker Valve. The organization also created the Steam platform, which enabled players to trade skins with each other in exchange for virtual or real-life currency. By making certain skins rarer than others, Valve has created a strong demand and some skins, like certain knives or certain guns, are worth thousands of dollars.

Skins Market Worth Billions of Dollars

In the past few years, other smaller websites have also profited from the selling and buying of skins. Today, the skins market is extremely lucrative with billions of dollars spent each year. As a result, vulnerable young people have become exposed to the risks of skins gambling.

What is Skins Gambling? 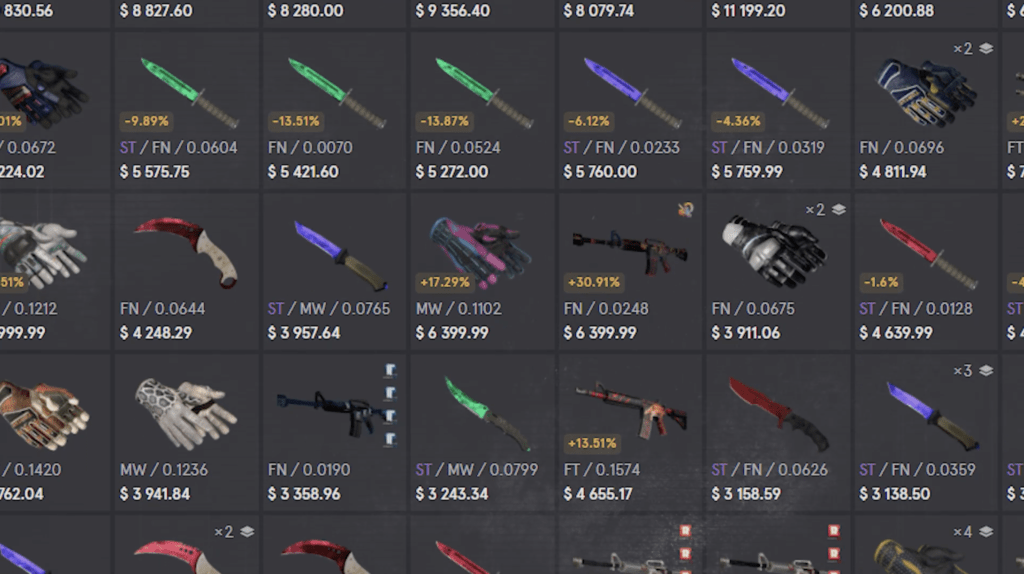 CS:GO and other games have reached a global audience through esports – organized competitive video games that millions of people can watch worldwide. As with real-life sports, people like to place bets on these virtual games.

Betting with a Virtual Skin

Valve created a skins gambling market using a simple formula. Players buy a skin for cash, then use the skin to place a bet on professional CS:GO esports matches on third-party websites. Although they can’t withdraw money from Steam or third-party gambling sites, other sites have emerged which allow players to exchange skins for cash – so placing a bet with a virtual skin is the same as gambling with actual money.

Loot boxes – virtual items in video games that contain randomized rewards – are popular with young gamers. A sealed mystery box can be earned during the game or bought with real-life money. Some games use psychological techniques to encourage players to purchase loot boxes, such as the fear of missing out on a rare or valuable skin. Often, the odds of winning are not clearly shown, so young people can be drawn into gambling without understanding their relatively low chance of success. 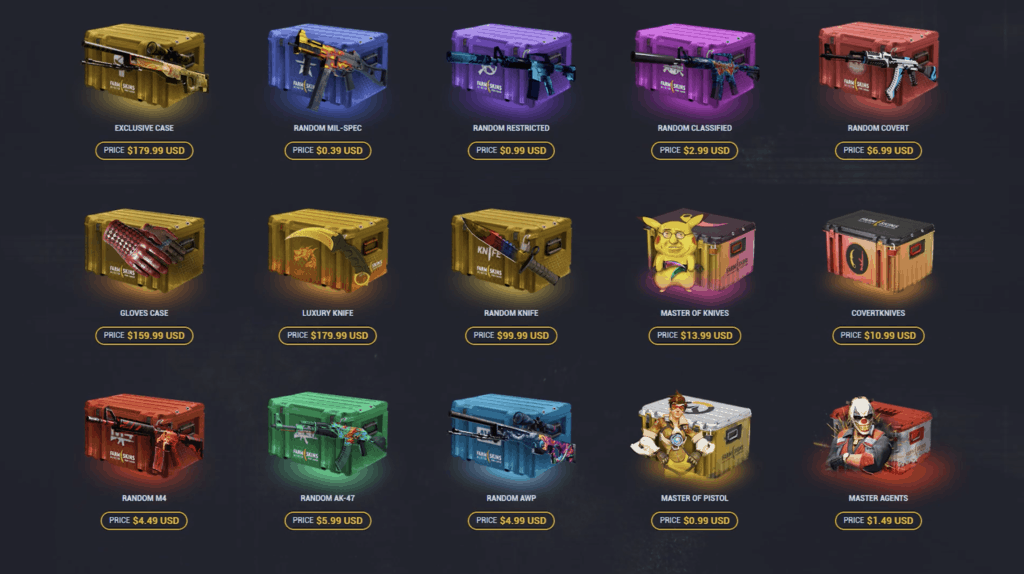 As esports has become increasingly mainstream and virtual currencies are more accessible, a growing number of gamers and their families are experiencing problems associated with video game skins. Clinicians and mental health professionals need education around this topic – including an understanding of the potential risks involved in skins gambling, as outlined below.

Blurred Line Between Gaming and Gambling

The main risk of skins gambling is the blurred line between gaming and gambling. Gambling is illegal for under 18s but video game manufacturers have circumvented this barrier by introducing gambling-type actions into video games. Players and parents hold the common misconception that loot boxes are just part of the game, rather than gambling. However, if someone buys a loot box not knowing whether it will be worth more or less than the value paid, then it is gambling.

Negative Impact on Health and Well-being

As with any form of gambling, there’s a risk of developing addictive behavior with skins gambling. This can have a serious impact on a young person’s health and well-being, including mental health issues, debt, poor educational performance, and strained relationships with family and friends.

There are laws in place to prevent young people from visiting official gambling websites. However, there are almost no barriers for young gamers to buy skins. Even if a website does ask for age verification, young people can often to bypass it by accepting a site’s user agreement or faking age-verification checks. Plus, many sites are unlicensed and don’t operate under any gambling licensing or regulatory bodies.

Game manufacturers and esports regulators have no financial incentive to stop underage skins gambling – they are pocketing billions. Social media platforms, such as YouTube and Twitch, normalize and glamorize skin gambling. For example, YouTuber Mr Beast recently posted a video1 of himself opening loot boxes, ranging from $100 to $250,000, with a total value of $500,000. Seeing famous gaming influencers win big gives young people a distorted view of reality.

How To Help Your Clients

Gaming is a fun and enjoyable activity for most people and the benefits are far-reaching. However, skins gambling is a risky, and increasingly normalized, aspect of gaming that can unwittingly hook vulnerable players into gambling. It puts young people at risk of experiencing serious problems that can have a devastating impact on their lives.

It could take years for governments to enact policies and game regulations to remedy gambling loopholes in gaming. In the meantime, clinicians, mental health professionals and prevention specialists need to be equipped to deal with problematic gaming behavior. Get started today by registering for INTENTA’s Gaming Disorder Clinical Training.