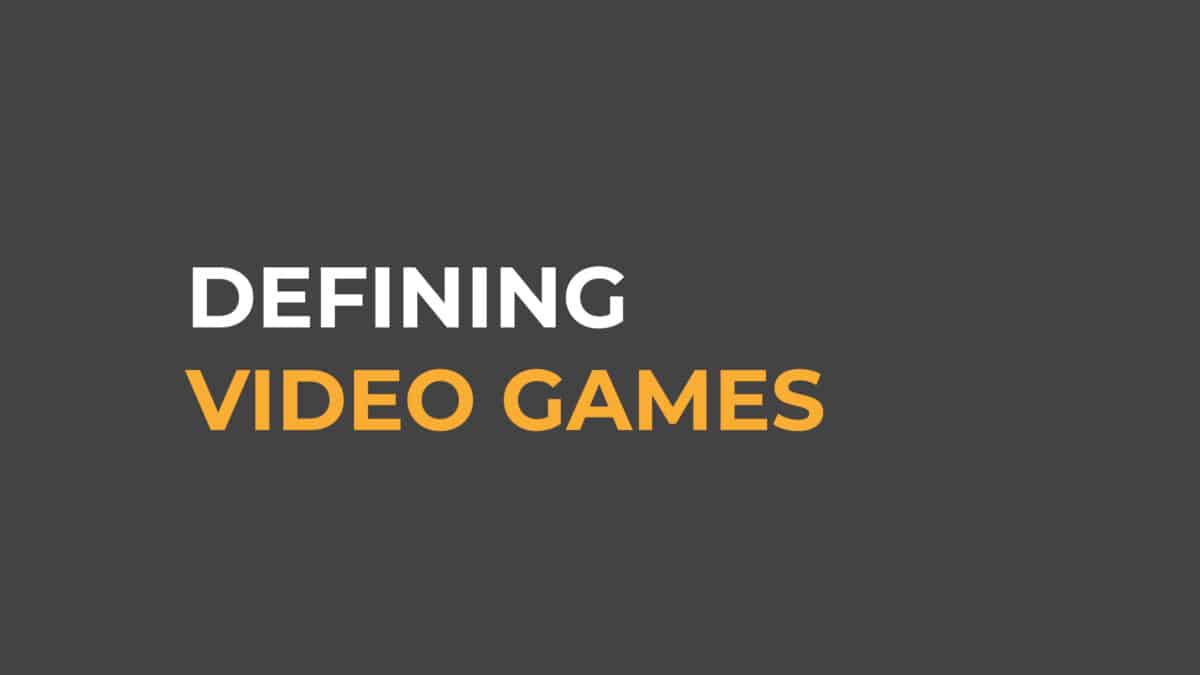 How we define video games

At INTENTA, we define video games as:

More mainstream definitions of video games focus on the technical aspects of games: The electronic or digital interface or the visual elements. It is generally acknowledged that few definitions capture the cultural, social, and industrial context of video games.

INTENTA uses a definition based on the lens through which we view this topic, i.e a psychological lens that seeks to address the motivations for game design and how that impacts users psychologically.

But first, let’s define what we mean by ‘persuasive technology’? This is any interactive technology designed to change people’s attitudes or behaviors1. The changed behavior sought by gaming developers is increased attention and hours spent gaming.

The connotations of the word ‘game’ imply that these products are lighthearted fun – a hobby or entertainment. In reality, modern video games offer something far more complex than just fun. As social networks, games, and digital media intersect, they create rich and increasingly complex experiences that engage players in all-consuming ways. Games offer dynamic and meaningful worlds for individuals to explore, and social spaces to connect.

Understanding the complex cultural significance of gaming, social rewards, and risks inherent to the ever-changing and ever-growing worlds of gaming is more important than ever. Let’s look at the types of video games that are available. 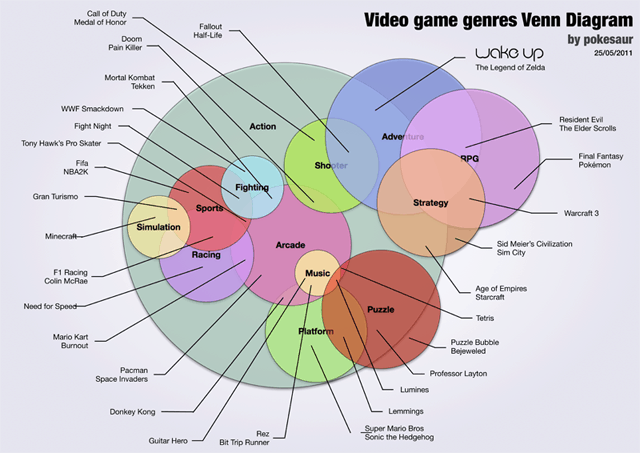 Gamers have different motivations for gaming (which we will look into more in future articles, stay tuned!) and therefore, select video games based on which ones satisfy their interests. It is important to note the top revenue generating games overlap genres as they try to appeal to as large an audience as possible. Fortnite is an excellent example of a video game that has found great success using this tactic.

Fortnite also blends gaming social network structure with pop culture and live in-game events, with the ability to create places where players can gather and connect. Within these digital spaces gamers build and test relationships, form communities, and derive meaning and pleasure.

In 2019, Fortnite generated $1.8 billion in revenue for developers, Epic Games. By May 2020, the game reached 350 million2 registered accounts.

The evolution of games

There have been two cultural developments that had a significant impact on the world of gaming. Firstly, the spread of high-speed internet and online gaming. Broadband and WiFi became available to the public in the early 2000s and by 2007, half of all internet users3 possessed broadband connection. This meant that the next generation of young people were able to enjoy a different kind of gaming experience, accessing large online communities which for many, became social networks and friendship groups.

Secondly, the rise of personal digital devices, most notably smart phones, has increased accessibility to gaming. An important element to note when defining video games is the breadth of digital games. A common misconception is that the term ‘video games’ relates only to games played on video consoles. In fact, video games can be played on consoles, tablets, smart phones and on PCs via a browser, download or boxed game. This is why INTENTA’s definition refers to video games as ‘digital products’ – they can be accessed on any digital device. Smart phone gaming is now a huge player in the video game industry. In 2019, mobile gaming made up 60% of industry revenue4 and 1.36 billion people accessed games on their mobile with these numbers only estimated to rise.

The experience of games themselves has also evolved, alongside and fueled by the aforementioned cultural developments. Games used to be relatively simple. They had structure and players undertook actions to win or lose but that action was relatively limited. Think of Pacman or Pong. 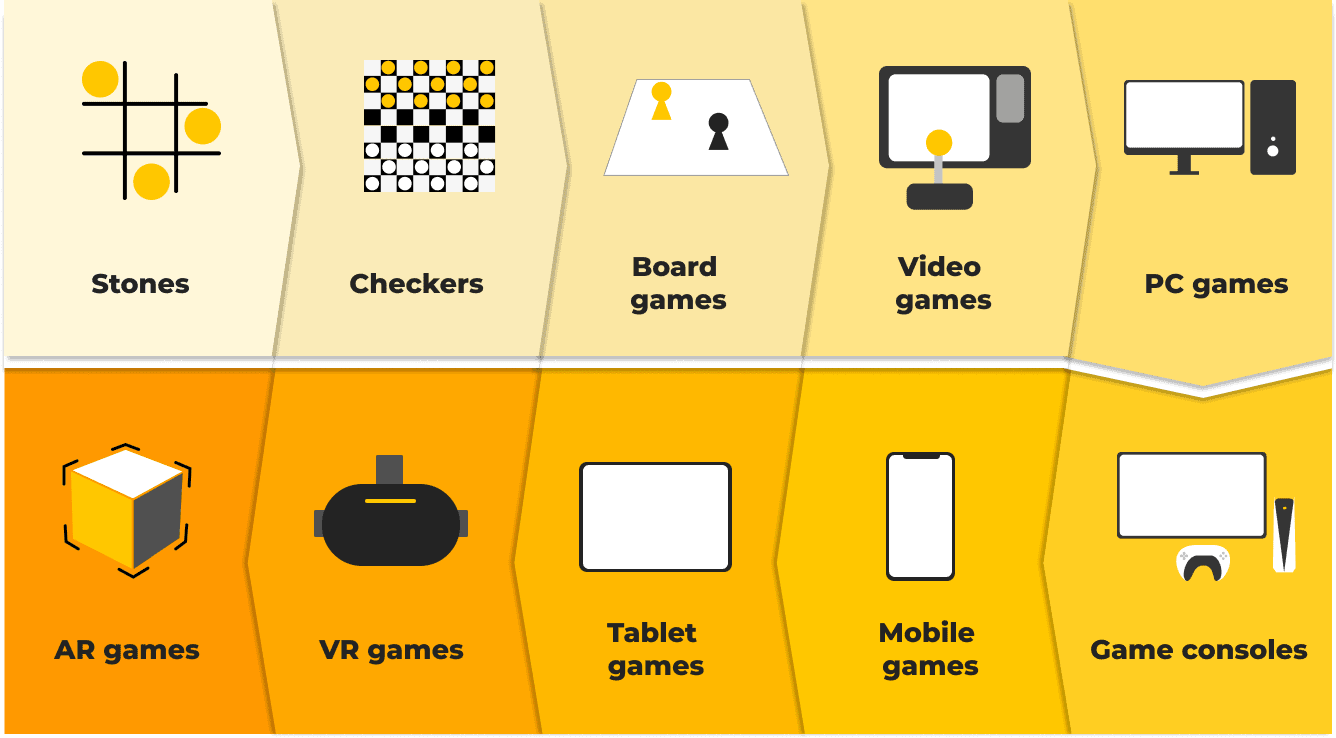 Modern-day games are stimulating and immersive experiences. They have within them whole worlds which can be explored, developed storylines and narratives, and online communities creating spaces for players to socialize. Within the games are unlimited opportunities for winning or losing, constructing your character, and facing a multitude of different challenges and objectives to chose. All this makes an intensely immersive and stimulating world for gamers to exist within. According to one paper, ‘Games enable players to alter their state of mind, experience different emotions, satisfy psychological needs, or simply escape reality’. Gamers can experience these ‘online worlds’ in a controlled, safe environment.

Gaming offers a unique spectrum of activities. It allows the gamer to experience escape, socializing, progress, winning all in one cheap or free, easily accessible space, and most likely sitting down in a comfortable seat with no physical exertion.

INTENTA co-founder and gaming disorder expert Cam Adair, is best known as the founder of Game Quitters, the world’s largest support community for video game addiction, serving members in 95 countries. As a recovering gaming addict he uses the example of his love of surfing to demonstrate how the online world provides a limitlessness which the physical world cannot. Whilst he enjoys the physical challenges of surfing, is stimulated and fulfilled by the experience, within a few hours his body is tired. There is the additional uncontrollable element – the waves may be poor, it might start to rain, he may injure himself. The activity always has a cut off point which is out of his control.

In contrast video games allow the fun to continue with far lower risk of external forces or physical exhaustion halting it. Creating a product that allows enjoyment without the limitations created by the human body is a recipe for absolute success. Very few industries have achieved this outside of the tech and gaming industries.

What has led to gaming industry successes?

The economic wealth of the gaming industry has many contributing factors but the key elements were included in our initial definition. Let’s elaborate on this further.

The first aspect is persuasive technology. Games are designed with intention. They are crafted and curated by a team of designers and psychologists to capture and maintain attention.

In the digital age, attention equates to money.

If games can offer a better or more enticing and distracting reality for gamers than the physical world, they will spend more time and money there. Companies place huge investments in hiring teams who are skilled at developing deeply engaging gameplay. Electronic Arts, one of the largest video game developers, placed a job advertisement seeking a psychologist, stating ‘We believe that all game designers are, in a sense, experimental psychologists.’ This demonstrates the extent to which games are built to speak directly to the very base human psyche.

Player data collected within the games allow developers into the mind of gamers. This not only allows them to develop more tailored games, that appeal directly to gamers’ needs, but also allows them to move faster and more insightfully than clinical research ever could.

The second aspect is that games are ‘products’, created to make money. Gaming enterprises aren’t benevolent, not-for-profit organizations, providing fun and entertainment for the good of their customers. Their goal is to sell as many video games as possible and generate as much money as possible for their stakeholders.

Global gaming revenue has now eclipsed movie sales revenue and makes the gaming industry one of the most lucrative in the world. The games market is poised for even further prosperity with revenue predicted to hit $180.1bn in 2021.

However, a by-product of increased global sales and accessibility of games has resulted in 3% of 3.4 billion active gamers worldwide struggling with problematic and disordered gaming.

Digital technology touches all aspects of modern life, therefore complete abstinence is an unrealistic and unsustainable approach to problematic digital use. Rather than advocating for less technology and digital use, INTENTA equips professionals with resources on digital disorders to empower an intentional digital culture.

Whilst you are here… INTENTA has recently joined LinkedIn. Follow our page or sign up on our newsletter to join a community of committed practitioners to receive updates, clinical trends, and ‘of the moment news’.