Gaming disorder is a significant mental health issue for millions of people worldwide and yet it is still widely misunderstood by helping professionals. Gamers and their loved ones are seeking expert advice, and clinicians need the specialist tools and skills to help them. In this blog we explore gaming disorder prevalence and much more.

What is gaming disorder?

It is crucial that clinicians and helping professionals use accurate terminology when referring to gaming disorder in order to avoid potential misdiagnosis and ineffective treatment.

At INTENTA, we use the ‘gaming continuum’ to describe four types of gaming across a broad spectrum – from recreational gaming through to gaming disorder (see below). It is vital that mental health professionals have the tools and skills to accurately assess each gaming client’s current placement on the continuum and their risks for progression.

This is casual gaming for fun. The individual successfully balances gaming with school or work commitments, and relationships with family and friends. There are no at-risk behaviors associated with their gaming activities.

This type of gaming does not yet have a pattern of consequences but there are red flags to indicate that certain behaviors, if continued over time, may cause future problems.

This type of gaming behavior is significant – and is likely to be negatively impacting an individual’s mental and physical health, and social well-being – but it does not meet the diagnostic criteria outlined by the World Health Organization Classification (ICD-11) as outlined below.

This type of gaming behavior is at the far end of the gaming continuum. The World Health Organization has defined gaming disorder as a mental health condition and it will be officially added to the International Classification of Diseases, ICD-11, in 2022.

According to the World Health Organization1, gaming disorder is “a pattern of gaming behavior (digital-gaming or video-gaming) characterized by impaired control over gaming, increasing priority given to gaming over other activities to the extent that gaming takes precedence over other interests and daily activities, and continuation or escalation of gaming despite the occurrence of negative consequences. For gaming disorder to be diagnosed, the behavior pattern must be of sufficient severity to result in significant impairment in personal, family, social, educational, occupational or other important areas of functioning and would normally have been evident for at least 12 months.” 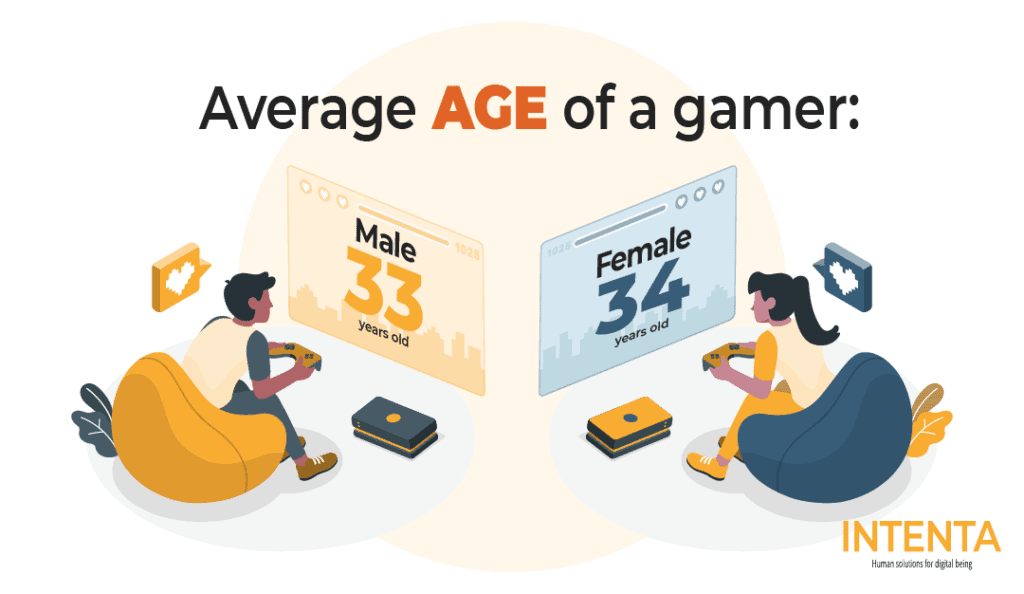 With over 150 million gamers in the US11 and the global prevalence of gaming disorder at 2-3%, there are likely to be between 3 million and 4.5 million people suffering from gaming disorder in the US.

The majority of people play video games recreationally. However, as the number of gamers continues to grow each year, the number of people with gaming disorder is likely to increase exponentially.

Several research studies have reported that younger gamers are at higher risk of developing gaming disorder or gaming-related problems (Mentzoni et al., 201113; Müller et al., 201514; Samaha & Hawi, 201615). According to Game Quitters, the average age of a person with gaming disorder is 24 years old. This is cause for concern because, according to a study by the NPD Group, 91% of US children aged 2-17 play video games and they are exposed to the risks of gaming disorder. Although 18 and 24 year olds tend to be the age group experiencing the most harm from gaming, the problematic behavior often develops in adolescence.

Mental health professionals should be aware that gaming disorder does not only affect young male gamers. Females are affected too. The selective sampling of male gamers for research based on the misguided reasoning that males are more vulnerable, adds to the perception that gaming disorder is more of a male issue. This bias is underscored in treatment studies on gaming disorder, where there is a similar male bias, and therefore, knowledge of treatment efficacy is limited in females.

Gaming disorder can have far-reaching consequences and have a significant impact on physical and mental health.

The physical consequences of gaming disorder are often the result of a sedentary lifestyle. They include insomnia, poor diet, dehydration, lack of personal hygiene, heart problems, muscle atrophy and blood clots.

If you are concerned that a client may have gaming disorder, Game Quitters – the world’s largest support community for video game addiction – has devised a gaming disorder test. Take your client through nine simple screening questions to find out if they meet the criteria for gaming disorder.

There are 3 billion gamers worldwide – with 2-3% of those at risk of developing gaming disorder – and this number is predicted to rise. It is therefore more important than ever for committed mental health practitioners to receive specialist training to advance their skills and knowledge around gaming disorder. Clinicians with these specialist tools will be better placed to provide a higher quality of client care. 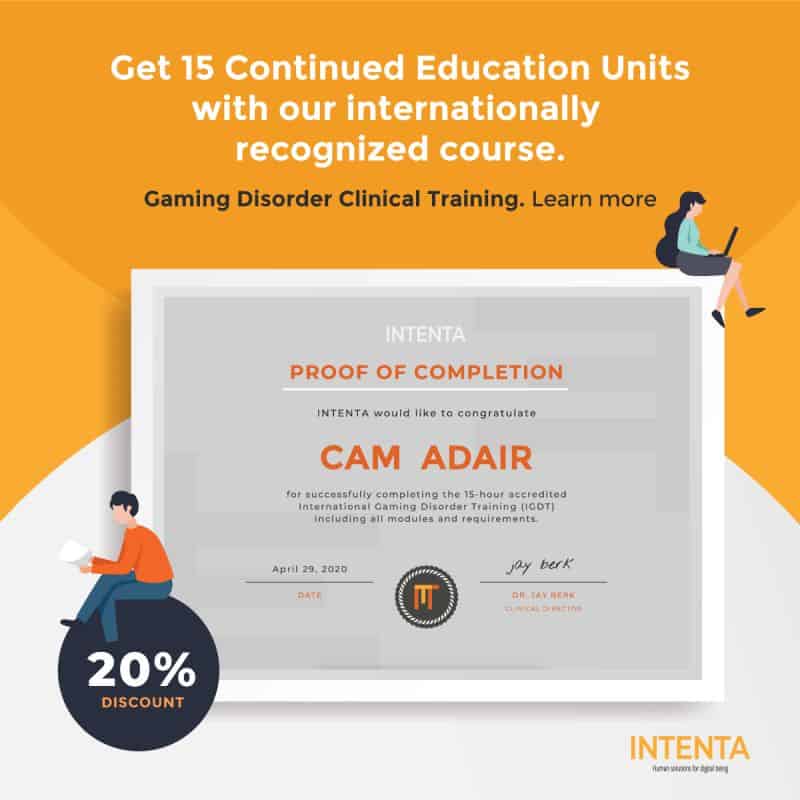