The Benefits of Gaming

At INTENTA, we give mental health professionals the tools and skills to address problematic gaming and gaming disorder. However, rather than advocating for less digital use, we believe that video games can be a force for good. Our aim is to drive a comprehensive shift from compulsive use to intentional use.

This blog explores the benefits of gaming – cognitive, motivational, emotional, social, therapeutic and educational – to establish how video games can be good for you.

However, most of the studies are correlational and therefore only suggestive. They fail to demonstrate whether these cognitive improvements extend beyond the laboratory to real-world effects. Some experimental studies have showed promising results. For example, Italian researchers compared two matched groups of dyslexic children and found that just 12 hours of playing action video games drastically improved children’s reading ability, “more so than one year of spontaneous reading development and more than or equal to highly-demanding traditional reading treatments.”

Video games offer players immediate feedback, intermittent challenges and frustrations, mixed with experiences of reward and success. The levels that players encounter become increasingly difficult so they are continually challenged.

Granic et al. (2014) found that the gaming environment is optimal “to cultivate a persistent, optimistic motivational style” in a player. The research stated that: “This motivational style, in turn, may generalize to school and work contexts.” 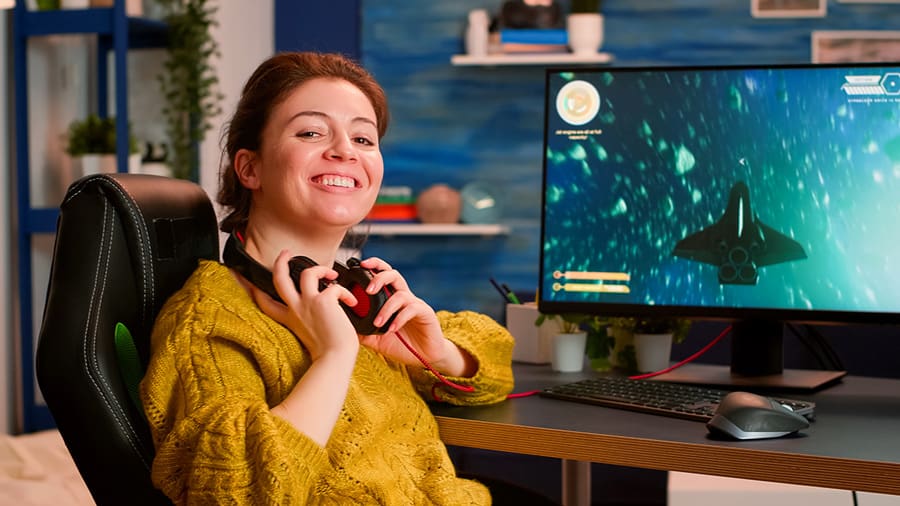 Video gaming is a fun activity and players can feel intense positive emotions. Gamers describe experiencing the state of ‘flow’ while playing video games – total immersion in an enjoyable activity, characterized by a sense of timelessness and personal control over the situation. Video games can be used to ‘up-regulate’ emotions. Kutner and Olson, 2008 found that they are used by boys as stress relievers, to ‘let off steam’ or to forget problems Others have found video game play positively associated with stress management skills, and used to cope with negative feelings (also called ‘escapism’).

Meta-analyses of a variety of studies investigating the relationship between a player’s ability to emotional self-regulate and gaming found that video game play may enhance emotional intelligence and self-regulation strategies. The relationship is curvilinear, meaning moderate video game play was associated with the most positive result, and the positive benefits dropping off as game play became very high (Villani et al, 2018). Poor emotional self-regulation is a factor associated with problematic gaming. 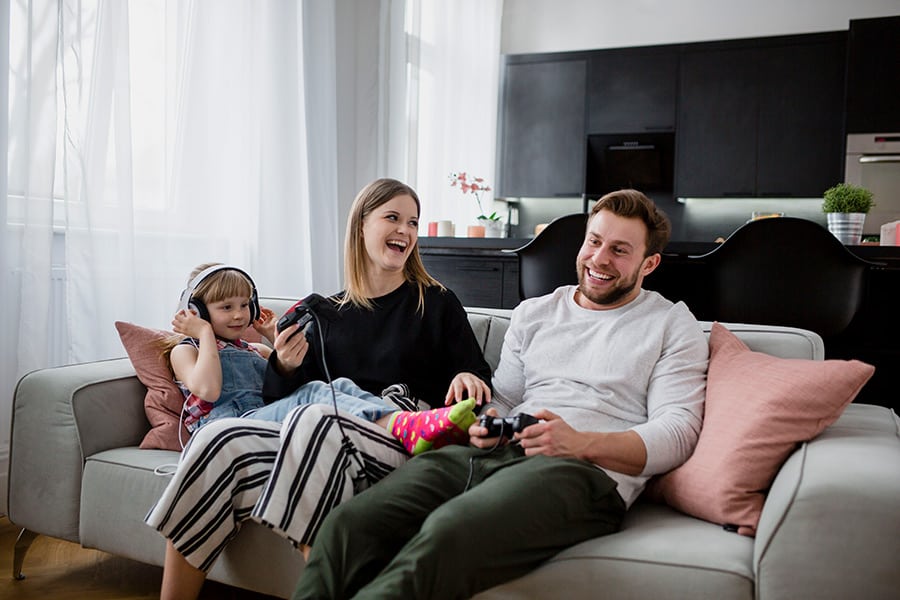 When people ask “Are video games good for you?” the social aspect of gaming is often the first benefit cited. Gamers report that the social aspect of play is one of the most important motivators for their gaming (Frostling-Henningsson, 2009). Given the immersive, interactive social context of many video games, it a rich opportunity to develop and practice competence in social skills.

Massively multiplayer online (MMO) games specifically require cooperation between groups of players to successfully complete tasks. Groups – called clans or guilds – are formed which enables players to practice interpersonal and group relationships. In a survey conducted over three years involving 3000 MMO gamers, Yee (2006) found 10% of respondents reported that playing MMO games taught them “a lot about mediating group conflicts, motivating team members, persuading others, and becoming a better leader in general” even though it was not the explicit purpose of the game. Obviously, self-report data has limitations, but it can still offer valuable insight.

Research is limited as to whether some of the social benefits accrued within a MMO game can be translated to other social contexts, such as work or school or family. Many studies have tried to establish a connection between gaming and pro-social behavior (Granic et al., 2014), but methodological issues limit the ability to make causal inferences.

Video games have been used for many years to treat physical and mental health disorders, to facilitate client-therapist relationships, and to help people practice social skills and healthy behaviors (Griffiths et al. 2017). They have been effectively employed in medical settings for physiotherapy for physical injuries or disabilities; distraction tools in pain management; recovery from traumatic brain injury; improving fine and gross motor skills in people with Down’s syndrome; reducing nausea in chemotherapy treatment, and more.

Video games have also been effective tools to treat learning disabilities, such as dyslexia, and in increasing language, math and reading skills among people with severe autism. Small-scale studies have suggested that some video games may be beneficial for children and youth with ADHD, but larger scale studies are needed. Video games have been used to treat sufferers of panic disorder, agoraphobia, post-traumatic stress disorder, generalized anxiety, as well as depression, and symptoms of schizophrenia. A 2021 study found that playing 45 minutes of video games four times per week to be more effective than medication in alleviating symptoms of anxiety.

So what are the positive effects of video games in an educational context? As gaming involves agency, control, learning, and creative problem-solving, it is natural that educators have looked to leverage video games as educational tools. There are benefits at all levels of learning from pre-school to university and beyond.

Active video games that require upper and lower body movements have been found effective in increasing children’s physical health (Parisod et al, 2014). Video games as a teaching tool can contribute to narrative thought development in 8 and 9 year olds (Lacasa, 2008) and video games have been designed that show increase in math skill in high school students (Robles and Quintero, 2020).

There is a growing interest in using video games to promote science, technology, engineering and math (STEM) skills. Minecraft has been extensively studied as an educational tool, because it requires players to build, create, explore worlds, gather and analyze data, plan, communicate, and engage in combat, all components of modern learning theories (Lane et al, 2017). Studies have found that playing Minecraft helped students to problem-solve, improve research skills, multitask, and develop their social skills through teamwork.

In higher education, Barr (2017) found that undergraduates playing Minecraft, Lara Croft and the Guardian of Light, Portal 2, and Warcraft III increased their communication, adaptability, and resourcefulness and critical thinking – all skills that are internationally desired qualities in students pursuing university graduate studies, suggesting a role for these types of video games in increasing graduate attributes.

The Associated Press reported that the US military uses video games developed in concert with the CIA to train soldiers not only in weapon use, but in developing leadership skills, and practicing perspective-taking from terrorist vantage points, and how to deal with complex urban-warfare scenarios.

While the majority of the world’s 2.7 billion active gamers enjoy the benefits of gaming, around 3% display problematic behavior.

At INTENTA we use up-to-date research, clinical experience with gamers and lived experience of disordered gaming to help mental health professionals treat the increasing number of clients who may be gaming problematically.

Sign up to our Gaming Disorder Clinical Training to advance your skills and knowledge about this generation-defining issue.