How I Saved My Son From His Gaming Addiction 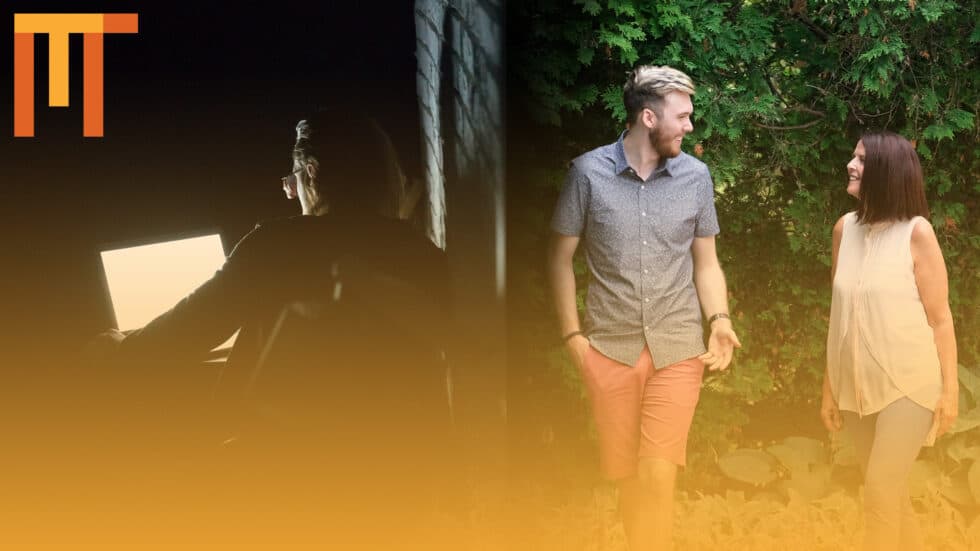 Learning that your child has gaming addiction, or any kind of addiction at all, is a hugely challenging experience. The first question any parent would ask is: How can I help?

In 2014, I discovered my son had become severely addicted to video games, while away at university. Knowing nothing about this relatively new addiction, and having little outside support, I used my holistic training to help my son stop gaming and lead him towards eventual recovery.

How my son’s gaming addiction started

Bullying in middle school is what sent my son hungering for meaningful connection and acceptance. He fulfilled that hunger in his online, multi-player gaming community. But many of the kids he was playing with were also dealing with their own issues and playing video games with them didn’t solve his issues of low self-esteem. When he entered university several years later, he became overwhelmed with a sense of doom. He didn’t have the confidence to believe he could manage his degree program. He turned to games again to cope and eventually, became gaming addicted.

How I helped him stop gaming

Initially, I required a full detox from my son when the university asked him to leave. He hadn’t attended a class in two months. I focused on his physical health with a clean diet, and I took him to my fitness classes in the hopes that the dopamine hit from exercise would elevate his mood. It worked.

He began to feel and look much better and it helped him to stop gaming. However, because he was still in denial of his addiction, he relapsed eight weeks later, following his return to school. Thus, began a roller coaster ride of several relapses.

Eventually, his counseling sessions with a therapist, at his university, began helping him to find healthier coping mechanisms for his anxiety. He continued to exercise and still maintains, today, that physical fitness is what saved him then and continues to help keep him feeling balanced.

Seeing my son through his addiction recovery was really challenging, and I felt isolated and lonely throughout those painful years. I never wanted another parent to feel this same way, so I became passionate about sharing my story and creating awareness.

After speaking publicly about Video Gaming Disorder for a couple of years, I started receiving requests to coach parents who were struggling with their gaming addicted child. I completed the thorough and insightful INTENTA Clinical Training for Gaming Disorder in 2020, and I expanded my practice to include online coaching for caregivers. 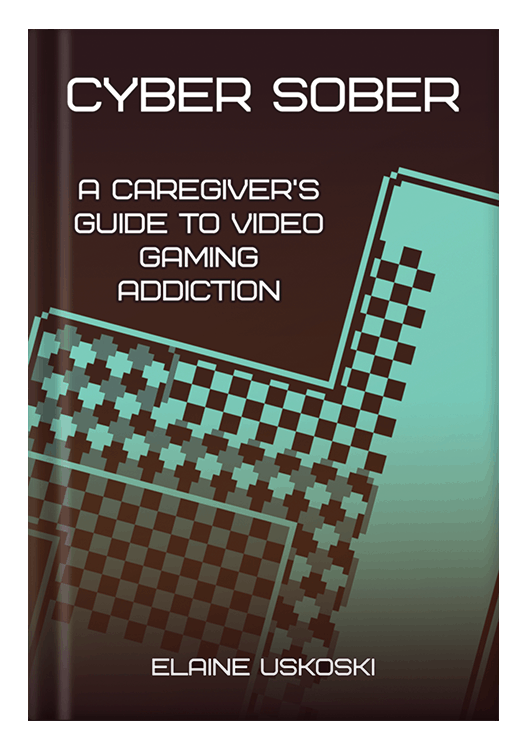 I have just published my second book, Cyber Sober; A Caregiver’s Guide to Video Gaming Addiction1. In this book, I guide the reader through my son’s addictive disorder and recovery, unfolding his story through the nine signs of gaming disorder and the five stages of addiction, including several insightful interviews with my son. I also called upon the advice of experts to support my message that there is no easy way to survive video gaming addiction or any other addiction’s withdrawal and recovery.

How can parents help children with gaming addiction?

What I have found, in my coaching, is that often parents become so focused on the problem – the addiction – that they forget that there is a person behind the problem. My approach with my son was always one of compassion, not anger. This gaming-addicted person, seriously underweight and emotionally fragile, was not my healthy, happy son. I knew there was an underlying cause that drove him to use gaming to cope. The sooner we got to the root cause, the more likely he would recover. For me to express anger would have pushed him further onto his addiction. I also didn’t blame the game developers. My eldest son played video games and was not addicted.

Many parents I speak with have lost control in their own homes, allowing the addicted gamer to dictate the rules. Although my son was an adult, his emotional maturity was that of a sixteen-year-old, so I decided to roll up my sleeves and parent him through his compulsion. I even gave him permission to hate me for the rest of his life. My job was not to win a popularity contest, but to understand and provide a soft, but firm, path to his recovery.

How can clinicians help families struggling with gaming addiction?

The INTENTA Training provided me the tools to assess each family and understand that there is no cookie cutter approach. Addiction and recovery is not a linear process. It’s more like three steps forward and two steps back. I see parents who recognize the addiction long before their child is willing to admit to it. There is a wide gap between what the parent’s expectations are and that of the addict. My goal is to bridge that gap.

The clinician’s and coach’s approach needs to be one that is individualised to suit each family’s dynamics. Often one parent will be onboard with recognizing the problem while the other turns a blind eye. It’s important to get them both on the same page and working as a team. There is strength in numbers, and the more support systems that can be provided, the more chance of success. I have come to realize that not every gaming addict needs to fully detox. For some, a harm reduction approach may be better. Regardless of which course of action, it’s important to take a holistic approach and look at the overall picture, from physical to emotional health. INTENTA training provides an effective tool to help map this out.

Addiction recovery takes a lot of time, patience, Herculean strength, and enormous support from others, including family, friends, and professional therapy. But it is possible to navigate through and move forward, in a healthier manner, from this compulsion. It is possible to reach the stage of recovery. And it is worth moving through the pain to arrive at the other side, more fully alive.

Elaine Uskoski2 had a successful career in Social Service work before she found out that her son was struggling with a gaming addiction. She worked for a range of organisations from the Red Cross to Peel Children’s aid, also working independently as a Carer. She had always had an interest in the interplay between people’s emotions and their health and following the birth of her children, returned to school, studying Iridology and Nutrition to further understand physiological health and wellbeing. She then opened her practice, giving her 20 year experience as a holistic coach. She has written a fantastic book detailing her families powerful story. You can find out more about it here3.